Machu Picchu has had the wrong name for over 100 years, study finds

It is one of the most recognized archaeological sites in the world and an enduring symbol of the Inca Empire.

But according to a new article, the ancient citadel of Machu Picchu in Peru has had the wrong name since it was “rediscovered” more than a century ago.

The historic site, high in the Peruvian Andes, was built in the 15th century and then abandoned before being discovered by American explorer Hiram Bingham in 1911.

Their findings suggest that the Incas originally called it ‘Huayna Picchu’, for the rocky peak that lies closest to the site, slightly further north, and not ‘Machu Picchu’, which is the name of the most high mountain near the ancient city, in the south. 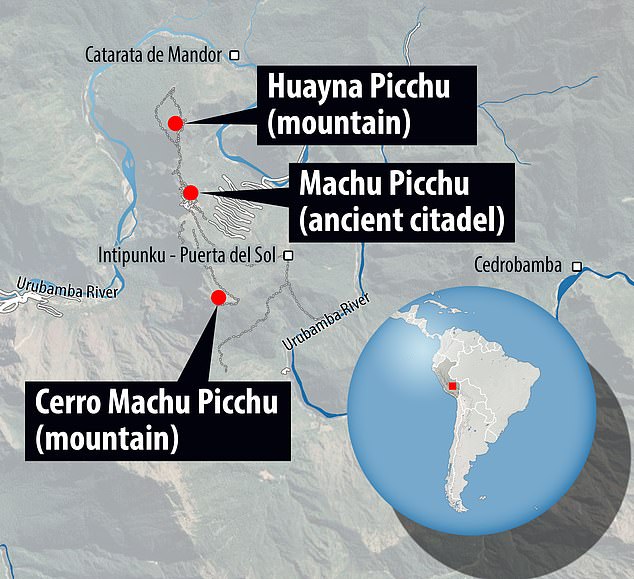 The new findings suggest that the Incas originally called the ancient citadel “Huayna Picchu”, for the rocky peak that lies closest to the site, slightly further north, and not “Machu Picchu”, which is the name of the highest mountain near the ancient city, to the south. Machu Picchu was built as a domain for Emperor Pachacuti, who according to historical records came to power in 1438 before conquering the area where the site is located.

WHAT DO WE KNOW ABOUT MACHU PICCHU?

Machu Picchu is a 15th century Inca citadel, believed to have been built for the Inca Emperor Pachacuti (1438-1472).

It was built in the classic Inca style, with polished dry stone walls.

The site was abandoned at the time of the Spanish conquest, but was not discovered by the invading forces.

Geological analysis suggested that the location of the citadel above a network of cross-tectonic faults was deliberately chosen.

These would have provided an abundance of easy-to-work rock as well as a source of water and drainage.

The new article was written by historian Donato Amado Gonzales of Peru’s Ministry of Culture and archaeologist Brian Bauer of the University of Illinois at Chicago.

“We started with the uncertainty of the name of the ruins when Bingham first visited them, then reviewed several printed maps and atlases prior to Bingham’s visit to the ruins,” Professor Bauer said.

“There is significant data that suggests the Inca city was actually called Picchu or more likely, Huayna Picchu.”

Researchers have found that the ruins of an Inca city called Huayna Picchu are mentioned in a 1904 atlas published seven years before Bingham arrived in Peru.

Additionally, they show that Bingham was informed in 1911 of ruins called Huayna Picchu along the Urubamba River before leaving Cusco to search for the remains.

A landowner’s son later told Bingham in 1912 that the ruins were called Huayna Picchu, but the wrong name stuck.

The results “consistently” suggest that the Inca city was originally called Picchu, or more likely Huayna Picchu, and that the name Machu Picchu was associated with the ruins beginning in 1911 with Bingham’s publications. 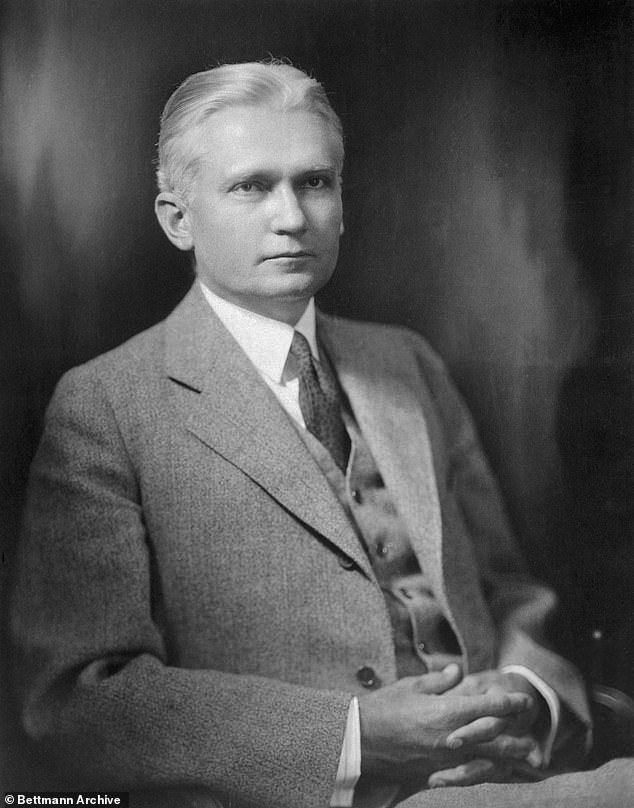 Pictured is Hiram Bingham (1875-1956), an American archaeologist and politician who in 1911 discovered Machu Picchu in a remote part of the Peruvian Andes. His work has been a catalyst for archaeological study in the Andes and other parts of South America. 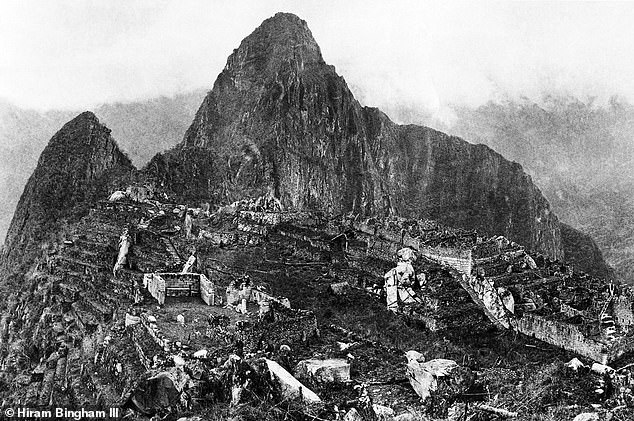 MACHU PICCHU IS 20 YEARS OLDER THAN WE THOUGHT: STUDY

Carbon dating of human remains suggests it was in use in 1420 – more than 20 years earlier than scientists predicted.

Machu Picchu was built as a domain for Emperor Pachacuti, who according to historical records rose to power in 1438 before conquering the area where the site is located.

According to Professor Bauer, the most definitive links to the original name of the Inca city are preserved in accounts written by the Spaniards relatively soon after the area came under their control in the late 16th century.

“We end with an amazing account of the late 16th century when the indigenous peoples of the region considered returning to reoccupy the site they called Huayna Picchu,” he said.

Built in the 15th century, before the arrival of the Spanish invaders, Machu Picchu is perhaps the most familiar icon of the Inca world.

It is located on a mountain ridge above Peru’s Urubamba Valley, 80 km northwest of Cusco and through which the Urubamba River flows.

Most archaeologists believe the citadel was built as an estate for the Inca Emperor Pachacuti (1438-1472).

Unfortunately, most of the cities built by the Inca civilization were destroyed by the Spanish conquest.

However, Machu Picchu was in a hidden place high in the mountains, invisible from below, so it was not discovered by the invading forces.

When Bingham first visited the ruins in 1911, they were little known, even among those who lived in the Cusco region of Peru. 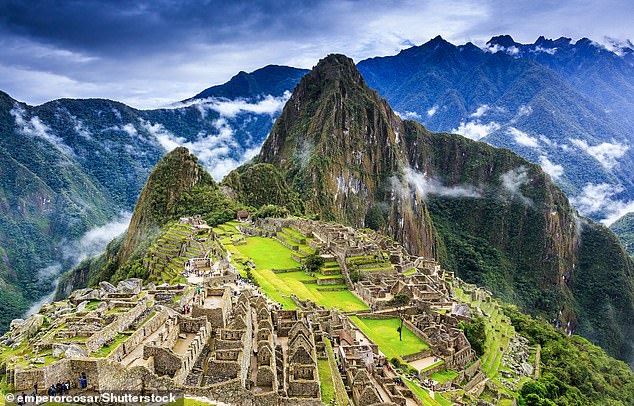 The ancient citadel (pictured with Huayna Picchu mountain in the background) was declared a Peruvian Historic Sanctuary in 1981 and a UNESCO World Heritage Site in 1983.

Although Bingham was not the first to visit the ruins, he was considered the scientific discoverer who brought Machu Picchu to international attention.

Bingham organized another expedition in 1912 to undertake extensive land clearing and excavation work.

His book “Lost City of the Incas” became a best-seller when it was published in 1948. Bingham himself has been cited as a possible inspiration for the character Indiana Jones.

The paper was published in Ñawpa Pasha: Journal of Andean Archeology.

Who were the Incas? Indigenous South American people who ruled from modern Ecuador to central Chile in 1532

The Incas, also spelled Inka, were an indigenous people of South America who, at the time of the Spanish conquest in 1532, ruled an empire that stretched from the northern frontier of modern Ecuador to central Chile.

Establishing their capital at Cusco (a city in present-day Peru) in the 12th century, the Incas began a campaign of expansion in the early 15th century that would see some 12 million people fall under their rule.

Much of the information we have today comes from the written records of the Spanish conquistadors when the Incas passed down their history through storytelling and other oral traditions. 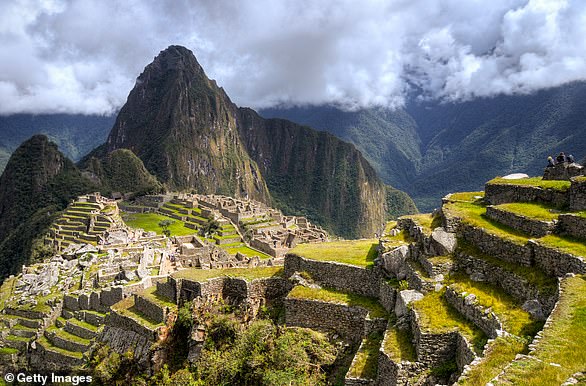 Machu Pichhu is the best-known site of the Inca Empire, once the largest and richest in the Americas

Best known for the brutal practice of human sacrifice, the Inca Empire is also notable for its advanced agricultural techniques, unique art and architecture.

At its height, the Inca Empire was the largest and wealthiest in the Americas. Its downfall is believed to be due to rebellion, disease and the Spanish invasion.

The most famous and perhaps the best preserved site that remains from the Inca era is the citadel of Machu Picchu, located in Peru.