Prince Edward thanks Gibraltar for ‘tremendous welcome’ during royal visit

Prince Edward, Earl of Wessex, has thanked Gibraltar for its “generous hospitality” and “tremendous welcome” at the end of a three-day royal visit alongside his wife Sophie, the Countess of Wessex.

Prince Edward was addressing guests at a luncheon hosted by the Government of Gibraltar at Grand Battery House following the Queen’s Birthday Parade at Casemates on Thursday morning. 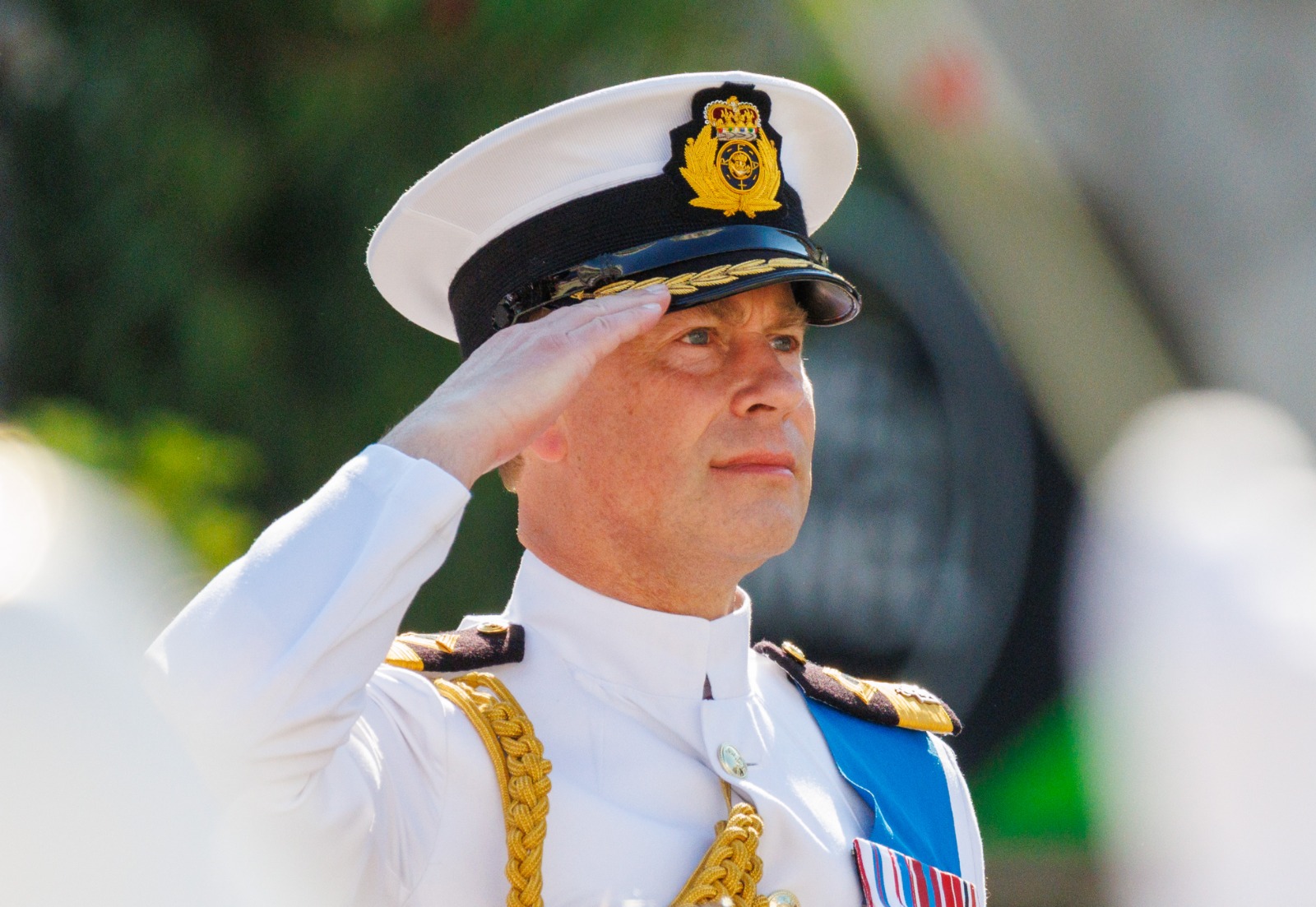 For three days the royal couple dashed from engagement to engagement in the sweltering heat of the Mediterranean sun, some formal, some less so, but all an opportunity to meet and greet people of all ages from across the community .

The couple were warmly welcomed everywhere they went, but they too were generous with their time and endeared themselves to everyone they met with their openness and candor. 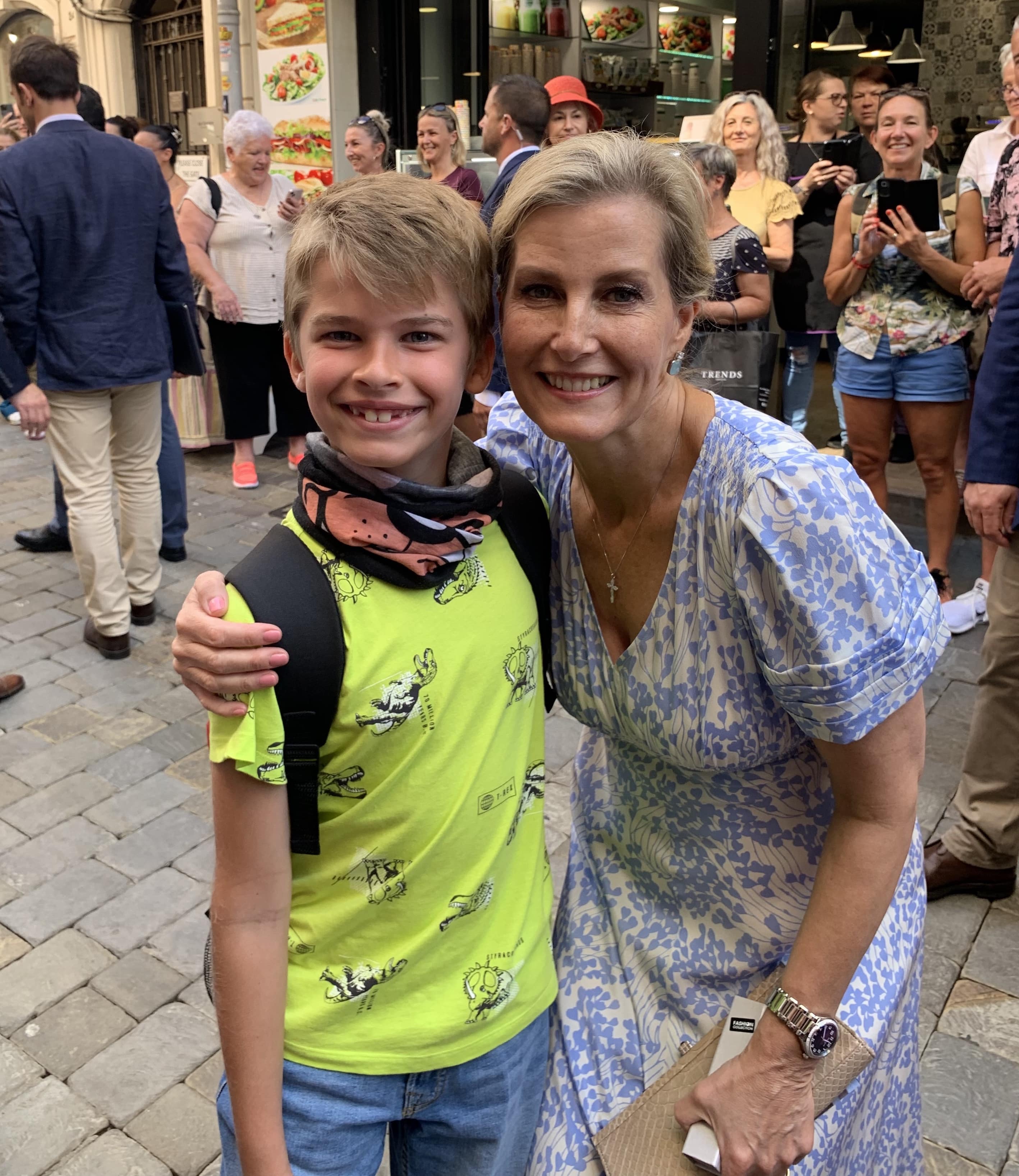 The protocol for all these occasions was strict, but the couple broke it on several occasions to the delight of those they met, from Sophie putting her arm around an eight-year-old boy for a selfie. birthday with Royalty, to Prince Edward accepting a memento delivered in an unexpected but well-received gesture by a guest at a formal luncheon, among many other such moments.

Addressing guests at lunch on Thursday, the Earl spoke of Gibraltar’s “very long and very distinguished history” and how the Rock had changed since the couple last visited in 2012.

“Oh my God, what you’ve achieved in the past 10 years is quite extraordinary,” he said, citing changes to the landscape, including new educational and sports facilities.

“You are to be commended for all of this.” 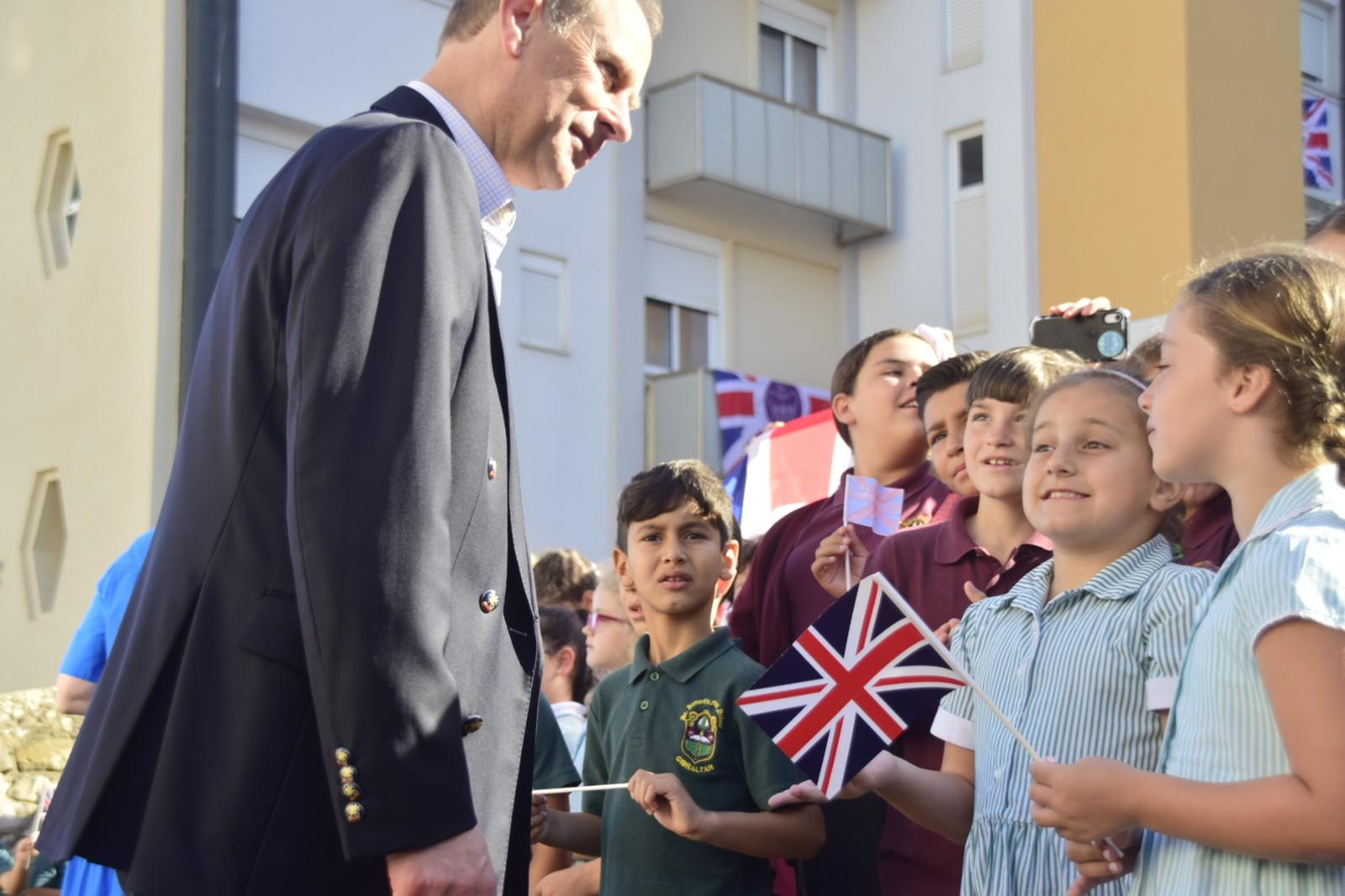 He also apologized for the 10-year gap since the last royal visit, but said it was a special occasion for the couple to be able to be in Gibraltar to celebrate the Queen’s Platinum Jubilee.

“We tried to come back but it didn’t quite happen.”

“But we ended up getting here and what a wonderful, special opportunity to be here.” 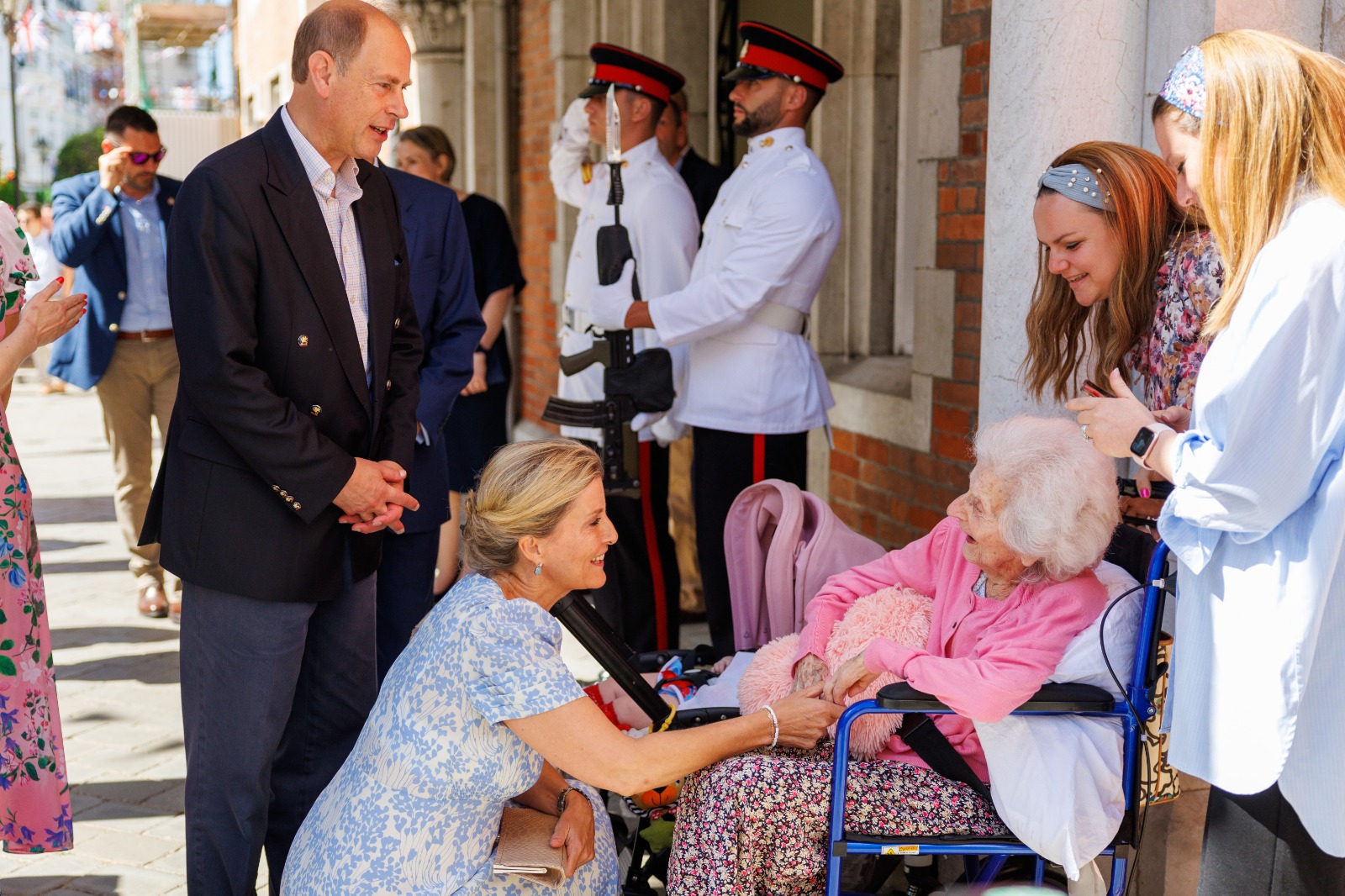 The royal couple arrived in Gibraltar straight after Jubilee celebrations in London and Prince Edward spoke proudly of how the Queen’s reign had been honored not just in the UK but around the world.

But he added: “We both knew that when we came to Gibraltar we would feel that in an even greater sense than we did.”

“So thank you for that.” 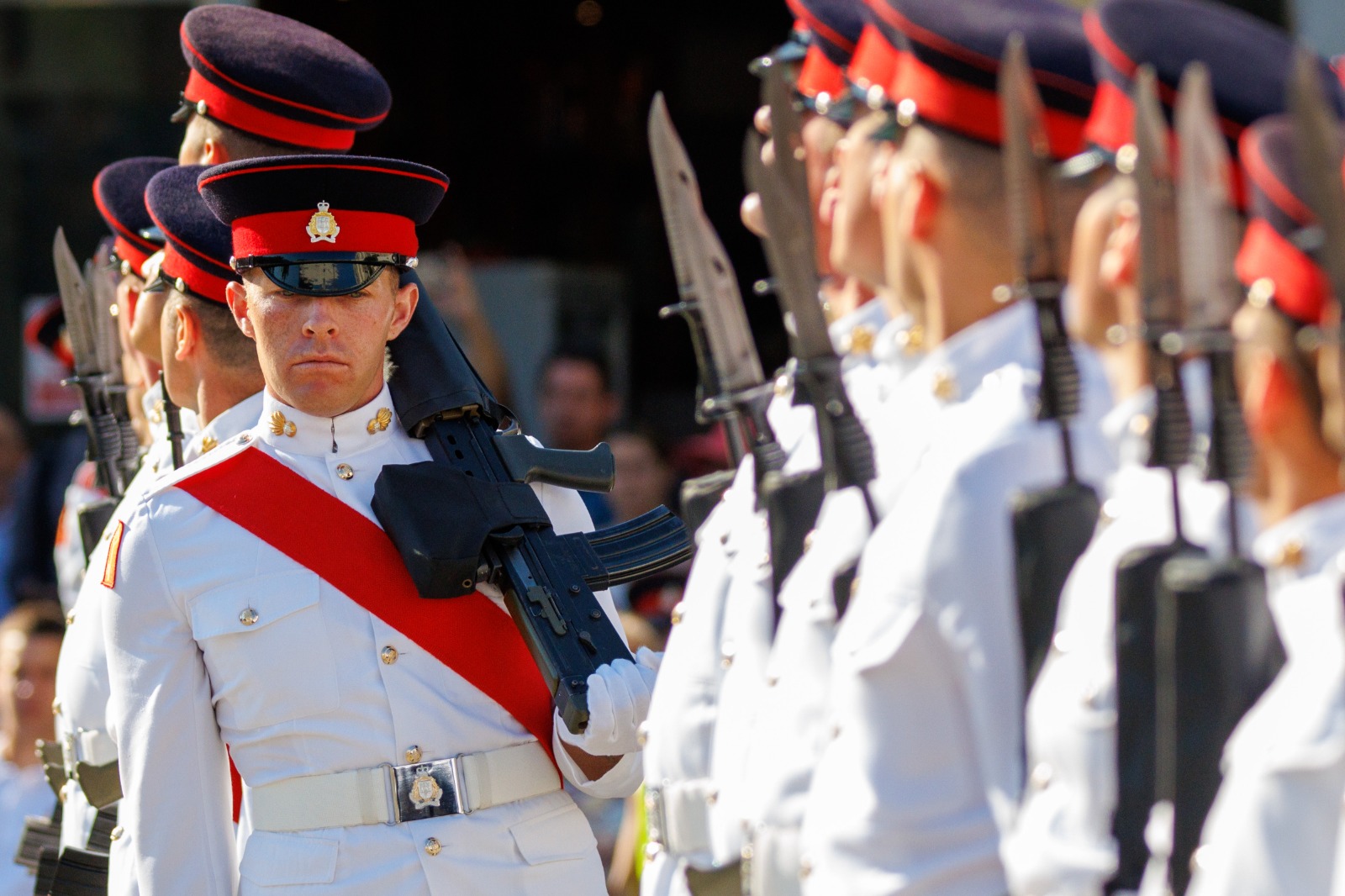 Praising the soldiers of the Royal Gibraltar Regiment who had paraded before him in the casemates not long before, Prince Edward also acknowledged Gibraltar’s most important military role.

He said the Rock is becoming “a much more strategic location again, which is a delight to see”.

But as he and the Countess of Wessex had demonstrated through their words and interactions during their visit, it was all about people.

“It’s the community spirit here that touches us every time,” he said. 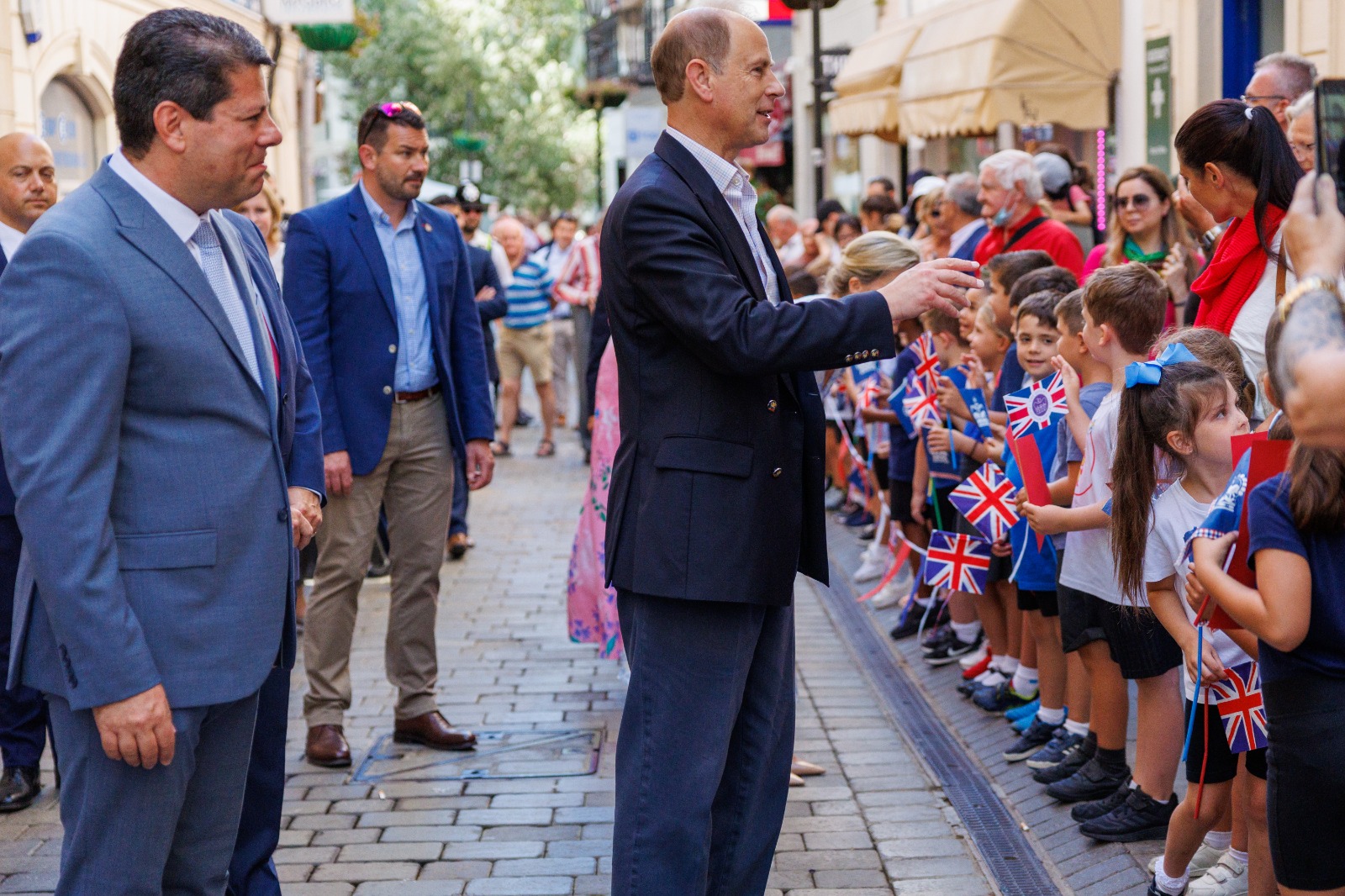 He spoke, as an example, of how Gibraltar pulled together during the difficult two-year Covid-19 pandemic.

“You can rightly now celebrate yourself and what you accomplished in this time and in your own history,” he said.

As he finished his speech, he asked the guests to stand and toasted “the health and happiness of the people of Gibraltar”.

The couple left Gibraltar on a BA flight shortly after lunch. 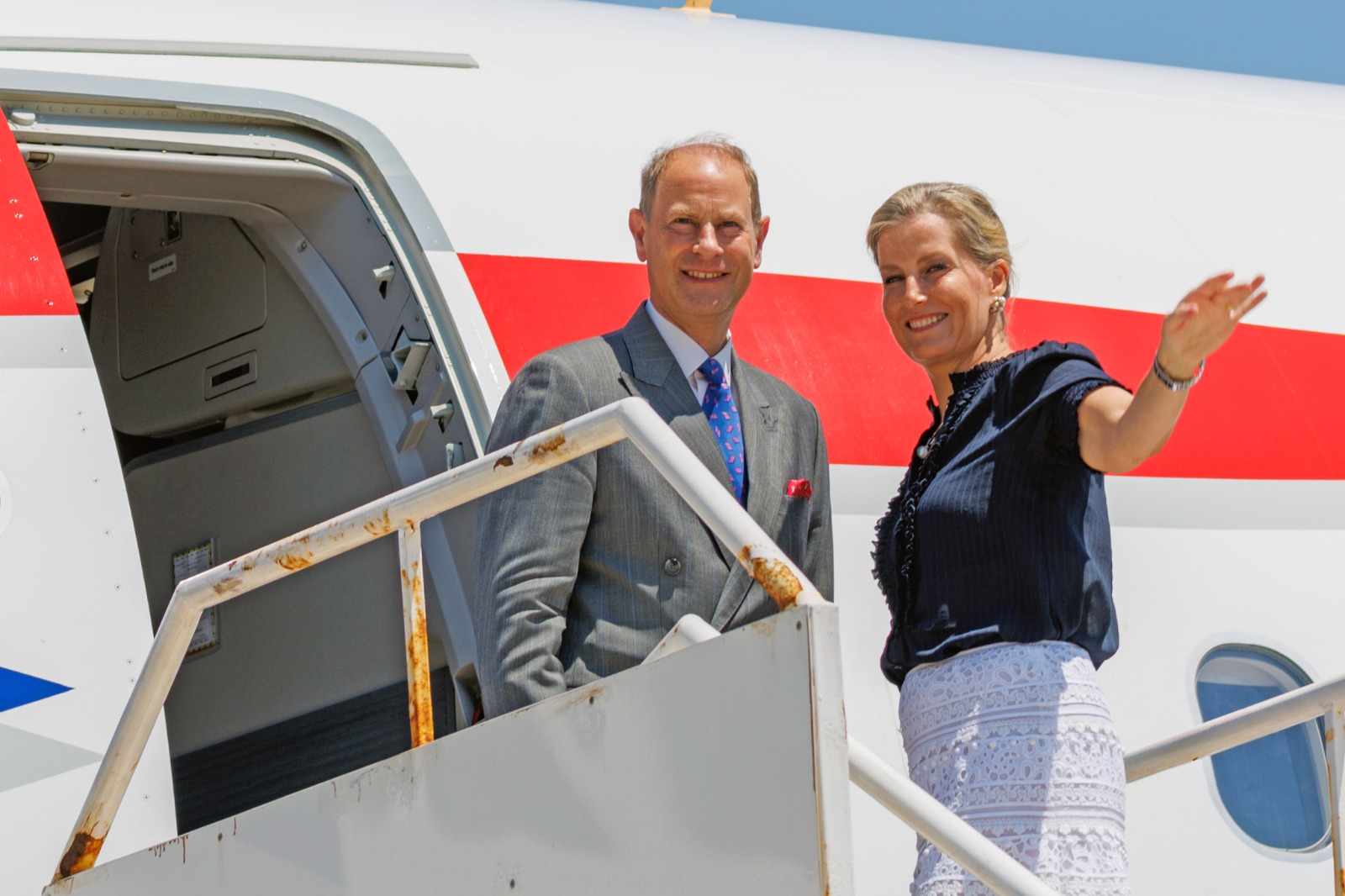 Earlier in the event, the Chief Minister addressed guests as they dined on the same menu that had been served to the Queen at a luncheon hosted by the Legislative Council and City Council in his honor during his visit in 1954.

Mr Picardo thanked everyone involved in arranging the visit and stressed that Gibraltarians had welcomed the couple “with open arms”.

“The Bastion on which we stand, the Great Battery, originally dates from the Moorish period, having been built during the Spanish period and fortified by Britain,” he said, addressing the royal couple.

“Your Royal Highnesses are literally sitting on a small part of Gibraltar’s fabled ‘inviolable force’.” 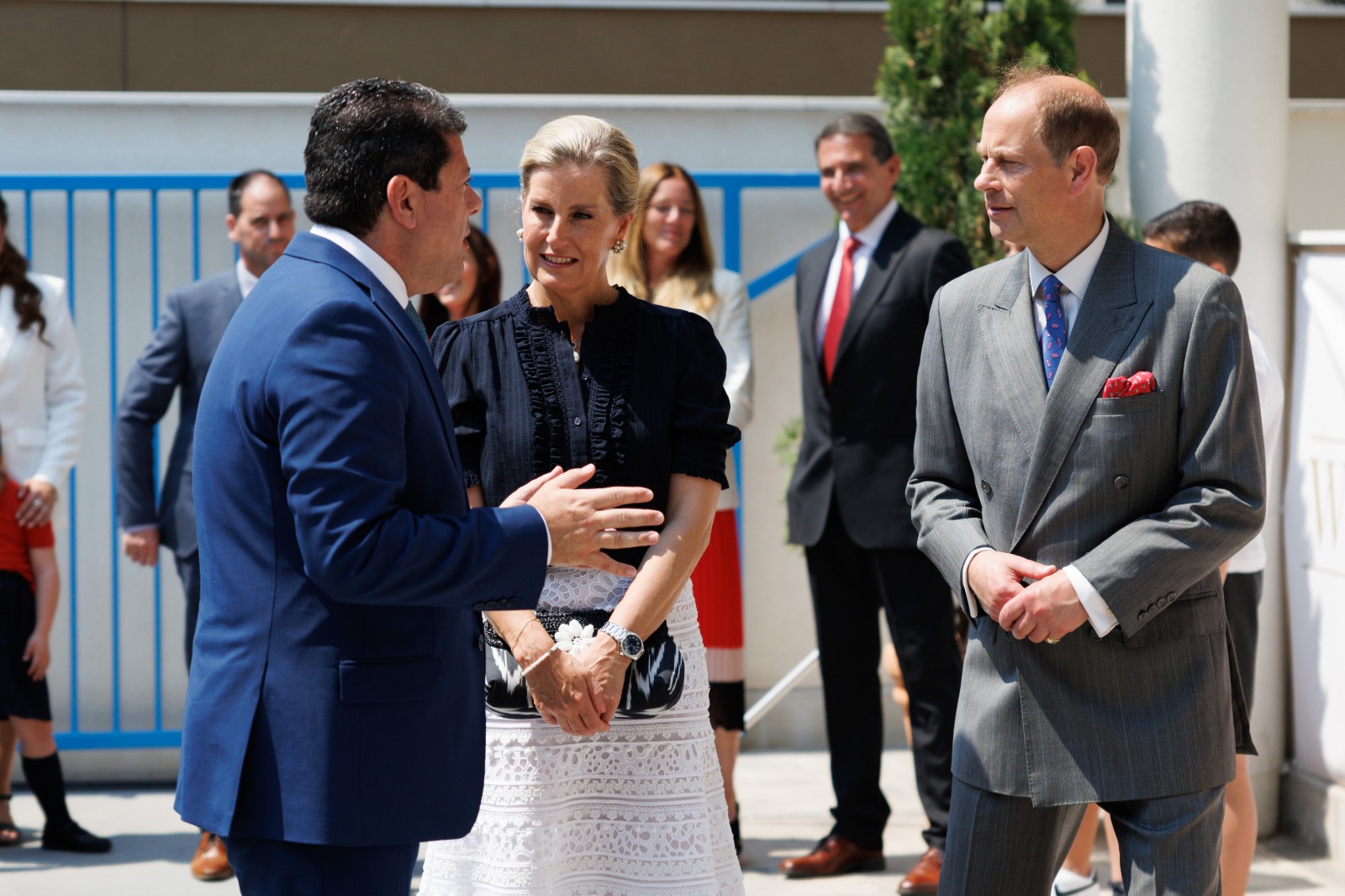 “That ‘inviolable strength’ was the first thing Her Majesty alluded to in her speech after dining on those same delicacies here on the Rock all those years ago.”

“In the face of recent and unprecedented challenges, we have again demonstrated our inviolable strength to meet every challenge with the help and support of the UK, especially in the provision of life-saving Covid vaccines.”

“In fact, at times over the past two years the only regular scheduled international flights that remained in Europe were BA flights to Gibraltar, and none of these turned back over the Channel, by the way. [a reference to the couple’s delayed arrival on Tuesday].”

“The fact is, whether on Covid, security or the handling of Brexit, Her Majesty’s Governments in London and Gibraltar have never worked as closely together as we do today.”

Mr Picardo said the Earl and Countess enjoyed and experienced the best that Gibraltar had to offer during their time here. 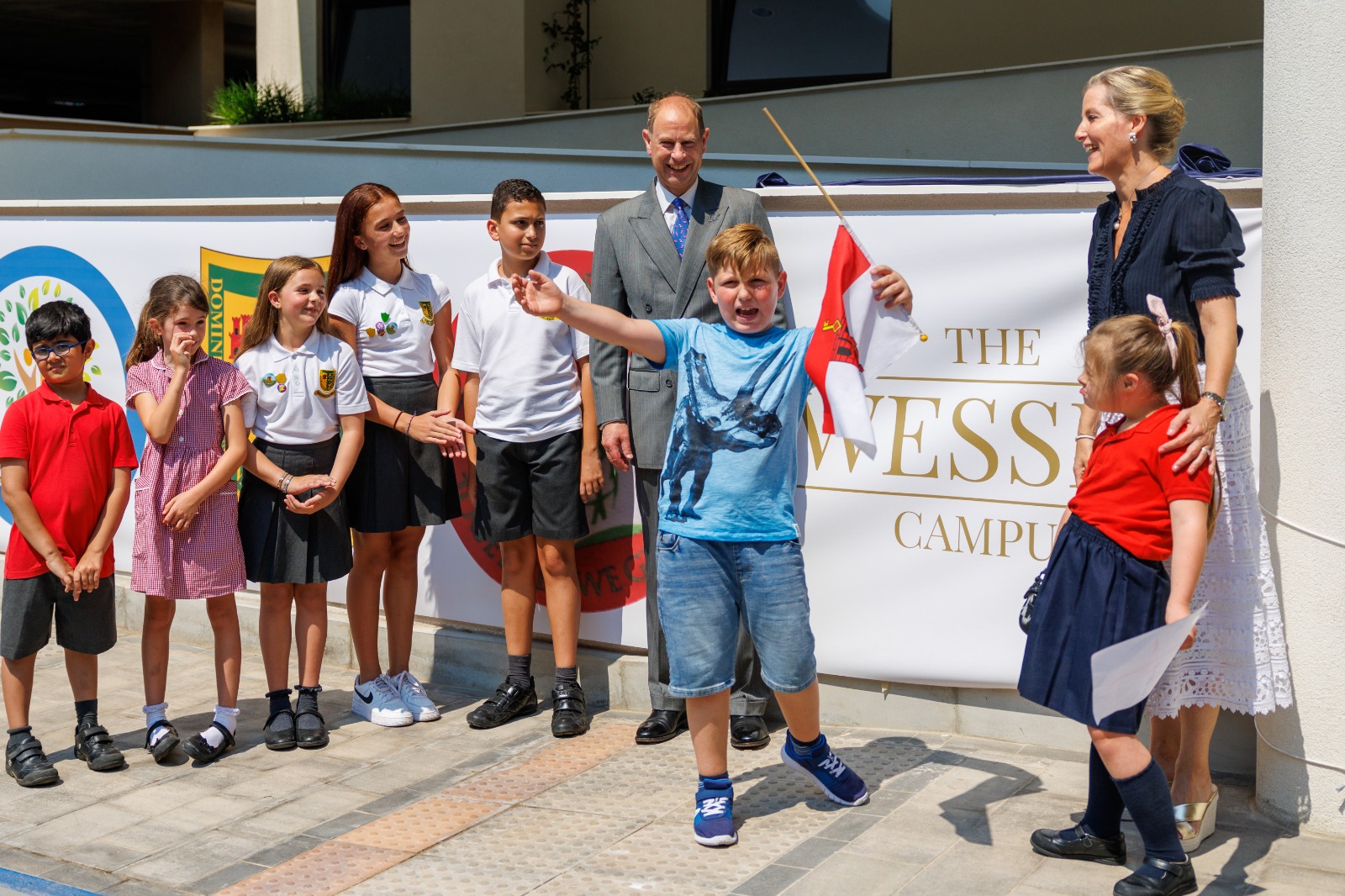 “But perhaps most importantly, you have connected with thousands of our people,” he said.

“There are no other people like the Gibraltarians. They are our greatest resource.

“Because all of us, from different walks, avenues and stations in life, want to show our allegiance to the British Crown by celebrating this unprecedented Platinum Jubilee with Her Majesty,” he said. 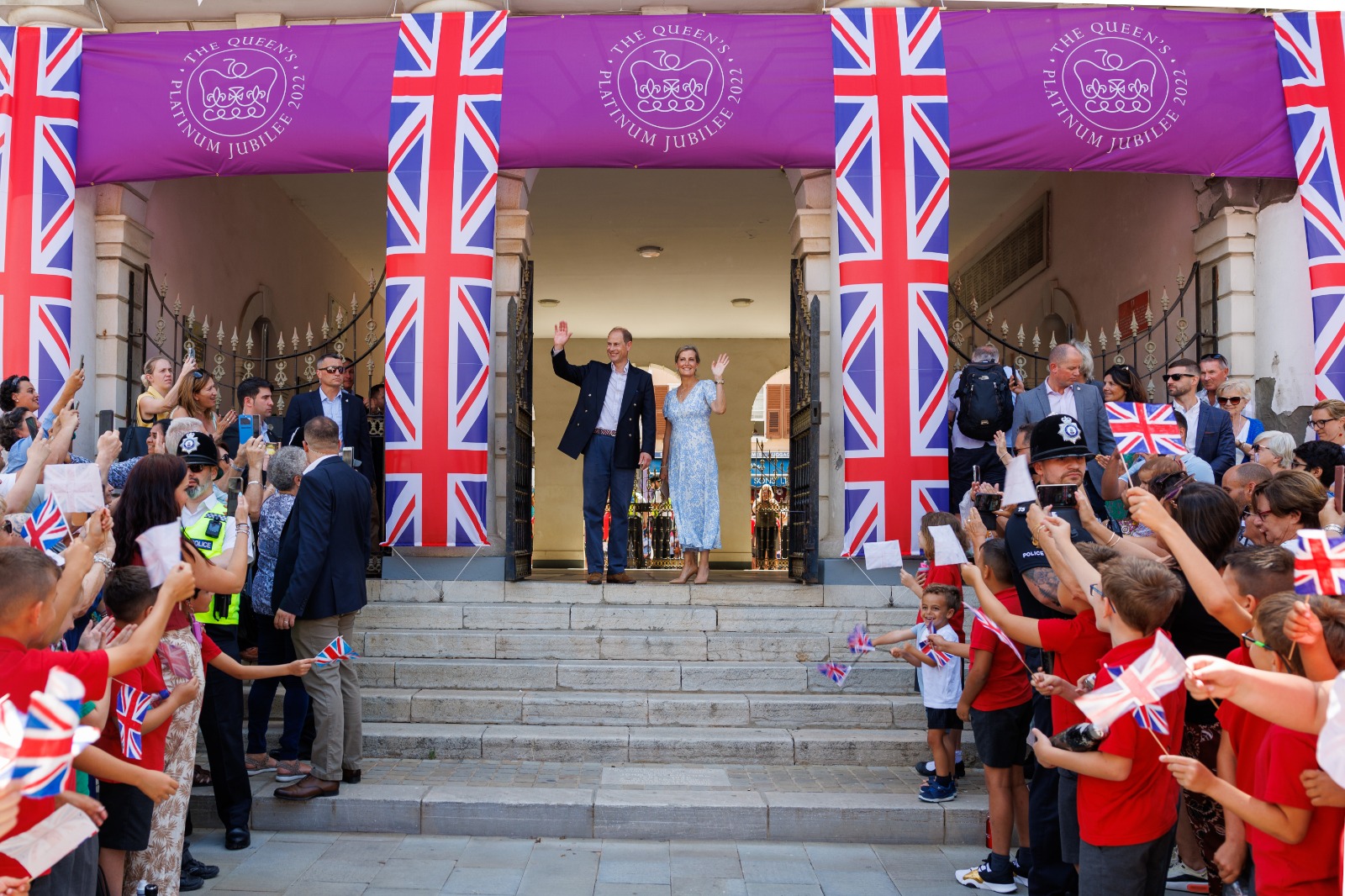 “May I therefore ask Your Royal Highnesses to point out to Her Majesty that the third observation she made about Gibraltar in her after-dinner address in 1954 remains as true today as it was then.”

“Yes, it is an inviolable force. Yes, its strategic importance.

“But above all, the unwavering loyalty of her people which beats as strong today – if not stronger – than it was in May 1954 when a young queen and her husband came to visit her people and sound her rock for herself.”

Mr. Picardo concluded with a toast to the Queen.