In the late summer of 1914, a mean little man was arrested as an enemy alien in a remote corner of the Austrian Empire.

Six years later, this same, much meaner man was the murderous ruler of one-sixth of the Earth’s surface, and the Austrian Empire had ceased to exist.

The man was Vladimir Lenin. He hated Russia, his own country, and he invented the modern, ruthless form of communism that later tyrannized over Europe and Asia. He was the bitter enemy of all empires except his own. 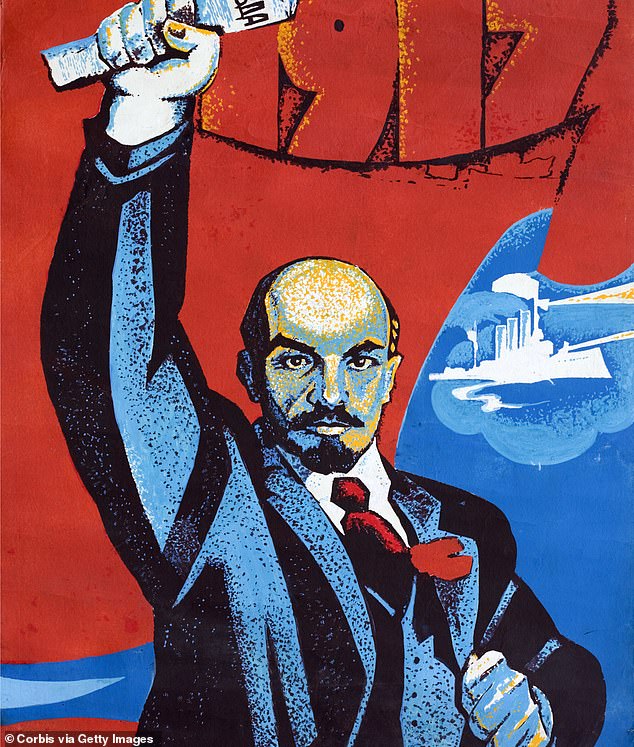 In the late summer of 1914, a mean little man was arrested as an enemy alien in a remote corner of the Austrian Empire. The man was Vladimir Lenin (above)

Yet the Austrian and German empires thought they could use it. They appreciated his efforts to promote Ukrainian nationalism.

Then these ultra-conservative monarchists broke him out of prison and transported him to safety in neutral Switzerland.

They later arranged for him and his clique of Bolshevik agitators (whom they would normally have arrested on sight) to return to Russia through Germany. And there they provided his movement with nine tons of gold to help him ruin Russia.

Thanks to them, he was able to overthrow Russia’s first liberal democracy in a ruthless putsch, which marked the beginning of 70 years of police terror.

In return for these favors, Lenin withdrew Russia from World War I, allowing Germany to send large numbers of troops to the Western Front. There they came within an inch of breaking through the English Channel and defeating Britain and France.

He also handed over large swaths of Russian territory to Germany, including Ukraine, important then, as now, as a fulcrum of power.

It’s all known, including the role of the most sinister and cynical secret agent ever, the oddly named Parvus Helphand. Yet you will hardly find a word of it in Antony Beevor’s new book on the Russian Revolution.

Mr. Beevor is an excellent historian – diligent, conscientious and knowledgeable, with a long list of excellent books behind him. This volume is well researched and full of revealing details. I read every word of it.

But, like so many before him, he did not feel quite able to recognize the role of Germany and its Austrian ally in the deliberate crushing of Russian freedom and the creation of the state. Soviet penitentiary.

For many decades, the left’s widespread admiration for the Soviet Union made it difficult to tell the sordid truth, that Lenin was a German agent and the much-romanticized “revolution” a miserable foreign-inspired coup.

Now there is a new problem.

Post-Communist Russia, trying to return to the lost democracy of 1917, was dismissed as a pariah state by Western neo-conservatives such as Paul Wolfowitz long before Vladimir Putin launched his stupid and barbaric war on Ukraine.

Russia and the Russians are increasingly portrayed as paranoid and obsessed with plots to surround and attack them. If the truth were better known, perhaps more people would realize that the Russians have good reason to fear for their security and stability.

Every year in the Spanish village of San Pedro, as part of its San Juan festival, a group of local men and women walk on fire.

In a stone amphitheater, a long hearth heats glowing coals to 677 degrees centigrade, before they climb over them, often carrying family members or girlfriends on their shoulders.

Although it can be performed safely, the risk of burns and injury is enormous, and it takes great skill to stay steady as the arena fills with the music and chants of spectators. 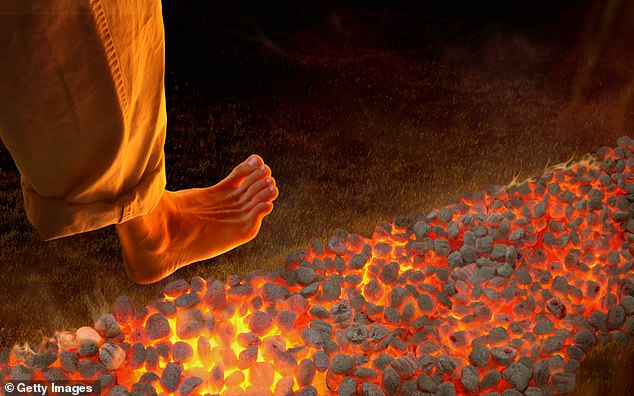 Every year in the Spanish village of San Pedro, as part of its San Juan festival, a group of local men and women walk on fire

Dimitris Xygalatas’ new book aims to answer the question of why humanity submits to seemingly unnecessary rituals and ceremonies like this.

Although the most memorable events he encounters are, like the San Juan ceremony, dangerous and exotic, part of Xygalatas’ argument is that rituals recur in all of our lives.

Weddings, graduation ceremonies, spectator sports, funerals – all of these ritual ceremonies are filled with a collective meaning that can be difficult to pin down.

Xygalatas sees ritual as part of our evolution into a social species.

After the development of agriculture 12,000 years ago, human life became filled with anxiety and stress, while larger populations clustered in cities increased the need for social solidarity.

In response, humanity has developed rituals, symbolic practices that, without any obvious logical purpose, promote well-being and unity within a community.

And thanks to recent advances in anthropology, this unity can be measured: one of Xygalatas’ experiments shows that the heartbeats of participants in the San Juan festival become synchronous during firewalking.

This fascinating book is the product of years of research, and one of its many strengths is the way we see Xygalatas conduct each of his field experiments, giving his chapters a sense of pace and adventure.

But his findings also lend him an optimistic topicality, calling for a greater emphasis on positive ritual practices today as a response to the “transactional and impersonal” elements of 21st century life.